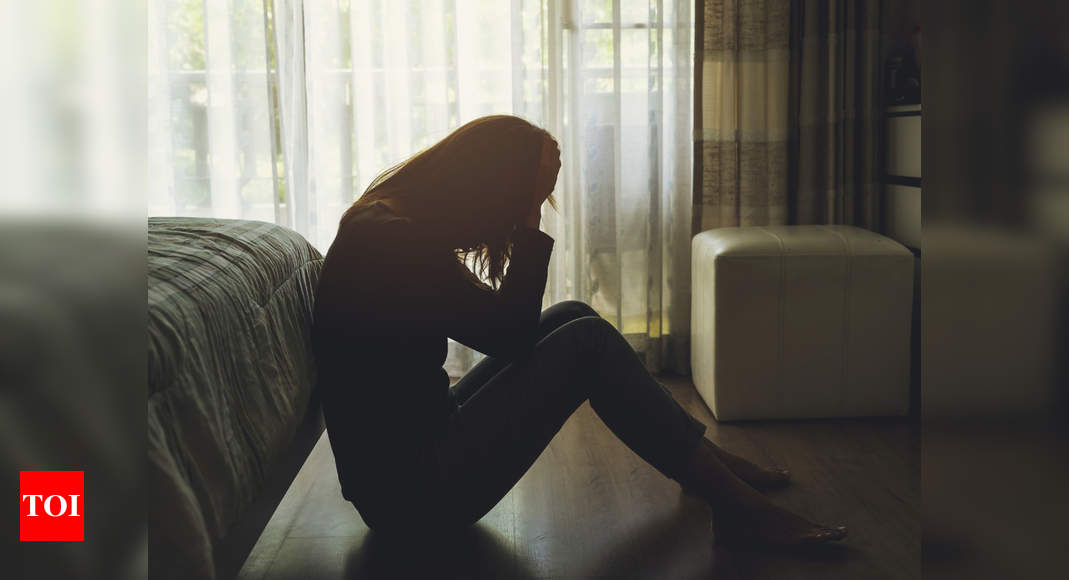 When dealing with a rough day at home or work, it is normal to feel low or sad from time to time. But this isn't the same as depression. Being unhappy and being depressed are two words often used interchangeably by people. In reality, depression is a much more serious condition and can have a long time effect on your mental and physical health.

According to the World Health Organisation (WHO), depression is the main cause of disability worldwide and India is one of the most depressed countries of all. Most people do not seek help due to social stigma or lack of knowledge, which can make their condition even worse.

Depression is described as a mood disorder with a persistent feeling of sadness, loneliness and loss of interest. It is a long term problem, which is triggered by any major life-changing event like bereavement or the loss of a job. It can last from several weeks to years. The experts in the field have yet been able to completely understand the cause of depression, but there is a high possibility that it is triggered by a combination of factors:

Changes in the brain’s neurotransmitter levels

Bipolar disorder and other conditions

Here are some common symptoms of depression that you must look for:

Persistent sadness
Feeling low from time to time is part of normal life. But experiencing a depressed mood for more than two weeks in a row can be a sign of depression. A person suffering from depression may often feel sad or cry frequently. They often feel some kind of emptiness. Children and older adults might seem more irritated than sad.

Loss of interest
The second common symptom is the loss of interest or pleasure in things that you once enjoyed. In medical terms, this condition is also called anhedonia. In this phase people generally withdraw from activities they once looked forward to in the past— sports, hobbies, or going out with friends. They may also lose interest in sex.

Fatigue and excessive sleeping
Sleeping seems to be the best way to escape from the problem for people suffering from depression. They generally feel excessively tired and lazy due to the overwhelming feeling, hence they sleep a lot. In some cases, depression may lead to insomnia and restlessness at night.

Change in appetite
Change in appetite or drastic weight loss is another telltale sign of depression. This can even work two ways- either a person starts eating a lot or just loses interest in preparing food or may not feel hungry at all. People suffering from depression do not eat more or less intentionally, they just feel like not eating or may feel very ravenous.

Anxiety
Anxiety and depression are often linked with one another. Severe anxiety may often give way to depression. Nervousness, restlessness, feelings of danger, rapid heart rate, rapid breathing, trembling or muscle twitching are some of the common signs of anxiety.

Uncontrolled emotions
Drastic mood swings, where one minute the person feels all happy and jubilant then they burst out in anger can be a sign of the mental disorder. People feeling depressed often experience drastic mood change without any specific reason.

Feeling of worthless
Depression can change the way you see the world. You may start finding yourself unappealing and worthless. Guilt, failure and trouble in letting the past go can add to the worries. Even minor mistakes can make you feel worthlessness or generate a feeling of self-hatred.

Concentration issue
Lack of concentration or finding it hard or having a hard time making any decisions is also a common sign of depression. People suffering from depression often recognise that they are struggling to think clearly and stay focused. This symptom of depression is more common in older adults.

Treatment
Depression is a mental disorder which can easily be treated with cognitive behavioural therapy, medication and support from the family. The medication to treat depression should only be taken on the recommendation of a doctor. Some medicines take time to show positive results in the mood and behaviour, but you should never stop taking depression medication suddenly as it may lead to a relapse. Antidepressant medication may have some weird side-effects in some people like nausea, constipation, diarrhoea, low blood sugar, weight loss and skin rashes.

The risk of long-term depression
Long term depression, if left untreated is sometimes even connected with suicide. People who die by suicide don’t want to end their lives, just want to end the pain. These people show symptoms or signs before taking the drastic step. You need to pay attention to people around you and look for these suicidal signs:

Talking about death: Some people talk openly about death or wanting to end their lives. They may purposely focus on the topic of death and dying.

Making plans: People may even take steps to prepare for death like research ways to kill themselves or buy a gun, knife, or pills, updating a will, giving away stuff, and saying goodbye to others.

Change in mood and sleeping pattern: Their mood may change drastically from time to time. Sometimes they may seem all jubilant and the other time may seem depressed, anxious, sad, or angry. They might also find it hard to sleep.

Here is how you can help other

Having a conversation is the best way to prevent suicide. If you suspect that someone from your family or friend is considering to end their lives here are a few things that you can do:

Listen to what they have to say, without judging or shouting.

Do not get hyper and talk in a reassuring tone

Offer them support and encourage them to seek help