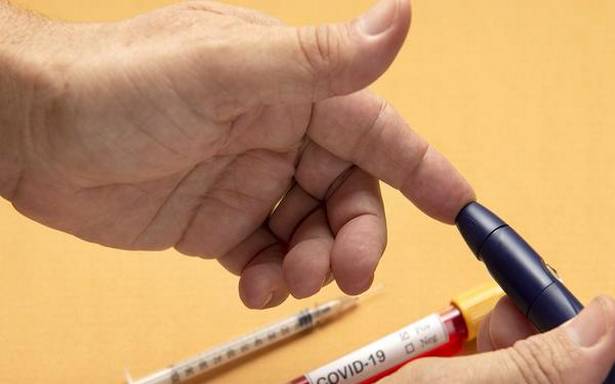 Study finds diabetics could be at risk for depressive symptoms

A fall out of post-long COVID among those who do not control their diabetes is that they may require psychiatric support to help them keep depression at bay.

An article in Diabetes Care, authored by 10 experts from developing countries who studied the prevalence of depression among patients with type 1 and type 2 diabetes, found that though depression is common in people with diabetes there was not enough data to prove the co-relation.

The authors evaluated the prevalence and risk factors for depressive symptoms in patients with diabetes using data from the International Diabetes Management Practices Study.

The article High Prevalence of Depressive Symptoms in Patients With Type 1 and Type 2 Diabetes in Developing Countries: Results From the International Diabetes Management Practices Study published in Diabetes Care concluded that around 8-16% of the patients with type 1 and type 2 diabetes studied exhibited moderate depressive symptoms.

Depressive symptoms were significantly accentuated in women, people with diabetes-related complications, and those with low socio-economic status.

The study further found that among those who were only on oral glucose lowering drugs depression was associated with poor glycemic control.

The authors concluded that depressive symptoms are common in patients with diabetes from developing countries. This called for routine screening, especially in high-risk groups, to reduce the double burden of diabetes and depression and their negative interaction.

A large number of people who have been infected with COVID-19 are found to have high sugar levels, indicating that they had developed diabetes, many of them requiring insulin as well. The study had revealed that those on insulin were also more at risk for macrovascular complications. This segment of diabetic population was also at risk for a high prevalence of depression.

“Depression seems to be higher post-COVID because COVID had given the fear of them becoming serious. Depression plus high sugar becomes a double burden. Therefore patients have to be aware of it and in case doctors think they need counselling they may have to be referred for counselling,” he said.

Dr. Ramachandran said, “Uncontrolled diabetes along with depression could be a double burden among post-long-COVID cases. In our population the prevalence of diabetes is high, so also depression,” he said.