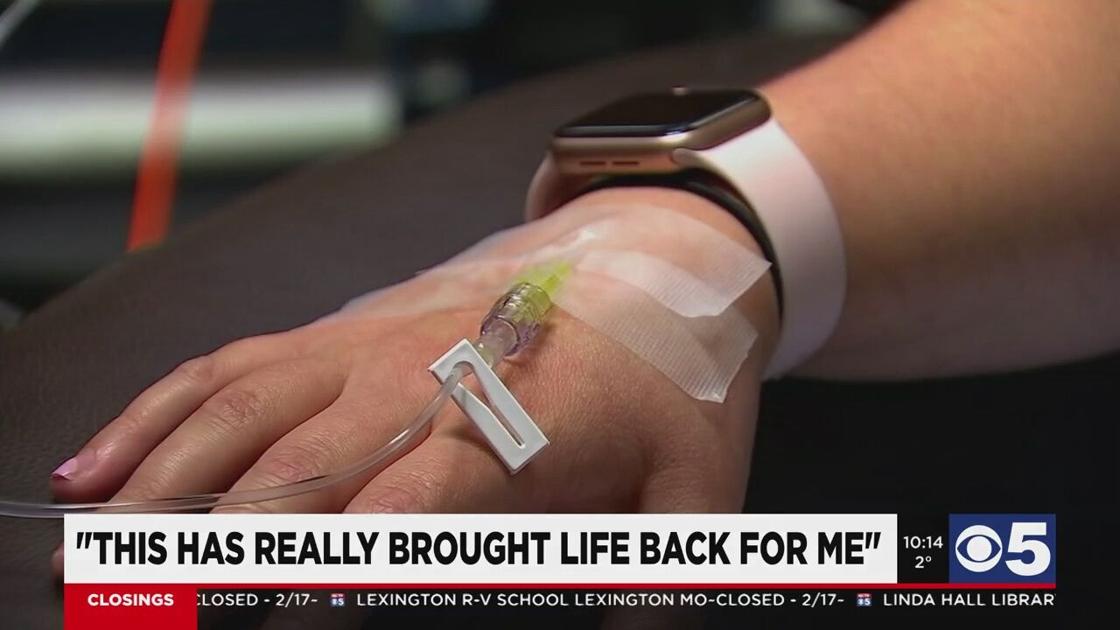 Ketamine: The new tool in the fight against depression | News

“I had spent so many months waking up and saying again? I have to do life again?” Brian said.

The 25-year-old was first diagnosed with depression as a teen. She’s been on medication since she was 13. From withdrawing, suicidal thoughts and locking herself in her room for days at a time, she says there was very little joy in her life with no hope.

Anti-depressants weren’t working for Brian. Then, her therapist mentioned ketamine.

“Everything you love feels dull. This has brought life back to me," she said.

First developed in the 1960s, ketamine was used as an anesthetic during the Vietnam War. Some people may remember it as a popular club drug in the 90s. Now, it’s used a powerful sedative and to treat severe depression. The infusions deliver precise doses through an IV.

Dr. Dennis Owens runs the University of Kansas Health System’s Ketamine Clinic and is Brian's doctor. He says people can experience the benefits of ketamine after just one or two treatments. Anti-depressants can take weeks to work.

"There are a lot of theories about how ketamine works it works on a different chemical system of the brain than the older anti-depressants," he said.

Brian went through six 45-minute sessions over six weeks. She says she saw patterns and animals and felt zen-ed out.

Technically, ketamine is not a psychedelic, it’s an anesthetic. But it can cause hallucinatory and dissociative effects.

Risks and side effects include things like dizziness, increased blood pressure and nauseas. Which is why Owens say it’s important to do the treatments in a controlled setting like the hospital.

The American Journal of Psychiatry found clinically depressed patients treated with ketamine have a major reduction in suicidal thoughts after receiving the drug.

The infusions can be pricey. Brian paid $6,000 and it’s not covered by insurance. But for her, it was worth every penny. She says she feels like she has a new brain.

There are no more meds, no more spiraling thoughts and no more pits of despair.

Brian could need touch-up treatments in the future -- everyone reacts differently. But for now, she has a new lease on life.

“I don’t remember the last time I felt this continuously hopeful” she added.

KCTV5.com is now with you on the go! Get the latest news updates and video, StormTrack5 weather forecast, weather radar, special investigative reports, sports headlines and much more from KCTV5 News.